As I said in my last post, been trying to sort out various bits and bobs of things that have been kicking around on the workbench for a while half done. That, mixed in with some major DIY work at home, has slowed progress, but starting to get there now.

So just for interest, here are a couple of Minden Artillery crews painted up recently as Hessians for Doug and I's AWI adventures. 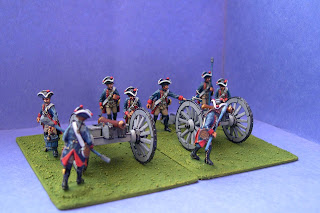 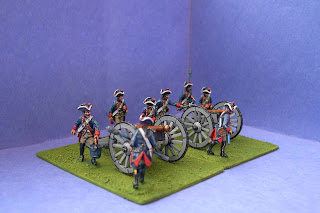 And there's enough Germans now that some command is required, so here's a Command base made up of a couple of Willie "gentlemen" types from "the hunt" set, tweaked a little with sashes etc. Mounted on a Foremost and Connoisseur horse respectively. Back to Napoleonics next. 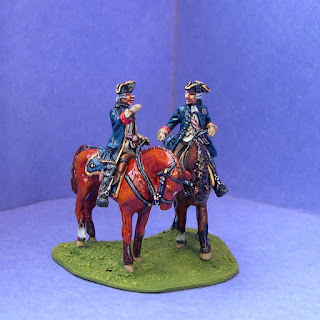 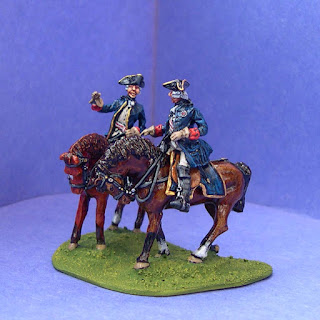