Berg and the rest of the Vistula

As promised, the other half of my German brigade, two battalions from the Grand Duchy of Berg. Both ex WHC and had taken a bit of a beating. A lot of paint off and broken bits. Particularly tricky to get a good match on the white given it had "mellowed" over the years. Now fully restored and ready for action once more. 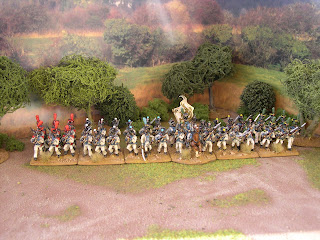 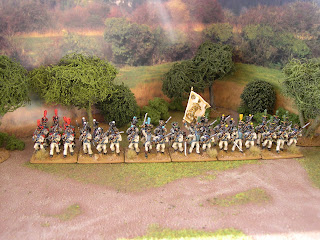 Other unit I've now completed basing is the 2nd Regt of my Vistula Legion, painted for me by Dave Docherty 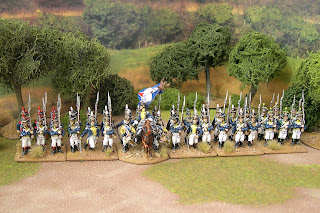 Collection now starting to build up nicely, next time, I think something of this armies "tail"
Posted by John D at 12:37 1 comment: